Posted: 16th April 2012
With the breathless rush of the Rock Sound tour only just over, the UK five-piece have announced a series of summer dates, tickets Friday 20th April 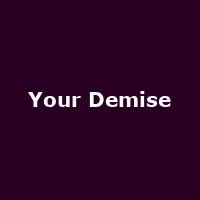 Your Demise are a UK band who have taken nothing for granted. Not for them a bunk-up from Cowell or the NME, and they've shrugged off a number of line-up changes since forming in St Albans in 2005. And their rise, in stark contrast to their name, has been solely at the altar of self-sacrifice; countless gigs and split releases and compromises and, no doubt, a lot of time in the tour bus.

Seven years after forming, Your Demise released their fourth studio album; this March's The Golden Age. The hardcore offering included a number of high profile guest artists including Josh Franceschi from You Me At Six. As that would suggest, Your Demise's stock has continued to rise and another packed gig schedule beckons for 2012.

In their own words, Your Demise will be playing "a bunch of places we've not been for AGES" this summer. The tour kicks off at The Brickyard in Carlisle on Monday 2nd July, followed by dates in Lincoln, Coventry, Margate and more before resuming a month later in Reading on Monday 13th August, ahead of shows in Rayleigh, Norwich and, finally, Peterborough on Thursday 16th August. Support for the August gigs comes from Last Witness.

We will have tickets available from 9am on Friday 20th April, priced around £10. Given that the Rock Sound Impericon Exposure Tour 2012, which Your Demise headlined, sold out at every venue, sales for the summer gigs are expected to be brisk.