David Cassidy, Hot Chocolate, Leo Sayer and Smokie come together for the Once In A Lifetime 2012 tour

Posted: 16th April 2012
Four giants of seventies pop are lining up for a memorable tour of some of the UK's biggest venues this autumn, tickets Friday 20th April 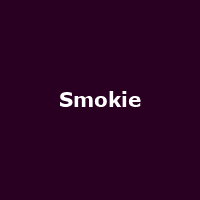 Nostalgia ain't what it used to be, or so the clichéd refrain goes. It seems that pop revivals in recent times haven't extended much beyond the mid-eighties power pop of T'Pau, or perhaps the recurrent cool of early-eighties synth pop. The huge Rewind movement has done much good work to assemble some of that decade's most successful acts on a festival scale but it's been a while since the 1970s saw the same kind of exposure.

Until now, it seems, with four of that decade's biggest and most enduring pop acts breaking out of the seaside and concert hall circuit to join forces for a UK arena tour. Heading the posters is one of pop's original heart-throbs, David Cassidy, who charmed the charts (and teenage girls everywhere) with hits including How Can I Be Sure, Daydreamer and the Partridge Family smash, I Think I Love You.

Leo Sayer was, in some respects, a British version of David Cassidy, at least musically. Leo may not have been leaving hordes of teenage girls swooning in his wake but tracks like You Make Me Feel Like Dancing and When I Need You topped the charts at home and in the US, making Sayer one of the best-selling British acts of the decade. Meanwhile, Errol Brown and Hot Chocolate straddled the seventies and eighties with some memorable soul and disco hits, telling tales of sweet, sweet love. It Started With A Kiss still gets many a fortysomething hot under the polo shirt collar.

The quartet is completed by Smokie who, like Hot Chocolate, have enjoyed intermittent success since their seventies breakthrough. Hits including 'Living Next Door to Alice' are sure to add to an intriguing line-up.

The Once In A Lifetime 2012 tour kicks off at the LG Arena in Birmingham on Friday 9th November, followed by huge shows at the Manchester Arena, Wembley Arena, plus arena gigs in Newcastle, Cardiff and Sheffield, before the final date at the Liverpool Echo Arena on Saturday 17th November.

We will have tickets available from 9am on Friday 20th April, priced from around £38.