Shakespeare's As You Like It to embark on 2012 summer tour 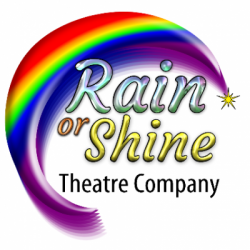 Interest in England's most-celebrated playwright William Shakespeare has been gathering apace during the past few months, particularly in the run up to the London 2012 Olympics. The Bard's life history, his manuscripts, paintings and other artefacts will be appearing at the huge Shakespeare: Staging The World exhibition, due to be held at London's British Museum - tickets are still available but selling very fast!

In addition and as part of the World Shakespeare Festival 2012, there will numerous productions of his best (and least) known works, many taking place in his hometown Stratford-upon-Avon, plus TV and radio documentaries and the odd book, no doubt.

In summary, Shakespeare's many works can be divided into three key categories - tragedies (Romeo and Juliet, Macbeth, Othello, Hamlet etc), histories (Richard III, Henry V, King John et al) and comedies (The Merchant of Venice, Much Ado About Nothing etc). A good example of an entry-level comedy by William is perhaps the light-hearted and amusing romantic tale, As You Like It.

Set in the fictitious duchy called Forest of Arden, the story follows the mixed emotions experienced by the heroine Rosalind and her admiring suitor Orlando, who has already been persecuted and shunned by his older brother, Oliver. Rosalind and cousin Celia have also been banished from their own duchy and decide to flee together, but in disguise as a young man and old lady. The characters become acquainted once again and comedic confusions ensue in true Shakespearian fashion.

During the summer as part of a full UK tour, The Rain or Shine Theatre Company will be producing and performing this classic story, which features memorable quotes ("too much of a good thing...") and scenes (cross-dressing and wrestling, anyone?). The performances are to be held outdoors, unless, as the name of the theatre company suggests, it rains in which case an alternative onsite covered hall will be commissioned instead. Venues include schools in Hampshire and Worcester, country parks and gardens in Cambridge and Oxfordshire and even a pub near Newport!

Tickets for the tour, which begins in Bishop's Waltham on 24th May and concludes in Naunton, Gloucestershire on 2nd September, cost from as little as £6.50, rising to £14. You are advised to bring your own seating, picnic and dress for the weather! There are dozens of UK venues involved in the tour - scroll down for more details.