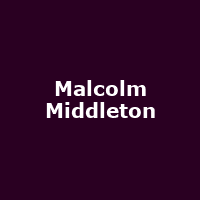 Only last December, ex-Arab Strap songwriter Malcolm Middleton was touring the UK with his Human Don't Be Angry project almost fully-realised and perfectly-formed. Now the Scotsman has completed the transition from Middleton to Human and has his debut-album ready to be unleashed in the not-so-distant future.

Also entitled "Human Don't Be Angry", the album (issued on 16th April via Chemikal Underground) features nine nearly-songs with titles which leave pretty much everything to the imagination such as "The Missing Plutonium" (the first single), "Getting Better (At Feeling Like Sh*t)" and "After the Pleasuredome". You can listen to another minimal track from the album, "H.D.B.A. Theme", right here: www.soundcloud.com/chemikal-underground/hdba_theme . The emphasis is less on vocals and more on atmospherics.

To celebrate the release of this inaugural Human Don't Be Angry album, Middleton will be on tour during the spring starting with Shoreditch on 21st May, followed by Bristol and Manchester, before taking a break (or planning more shows, eh Malcolm?) until 15th June when he heads North to Edinburgh and Glasgow on the following night.