Posted: 3rd April 2012
The Broadway hit is transferring to the UK for a national tour, beginning in Manchester in October, tickets are on sale now 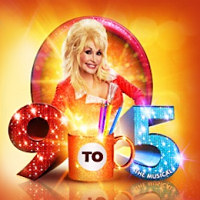 It's more than three decades since female office workers everywhere identified with the women in the offices of Consolidated Companies, where the sexist, egotistical boss, Franklin Hart, continually mistreats and demeans his employees.

However, employees Judy, Violet and Doralee, played in the 1980 movie by Jane Fonda, Lily Tomlin and Dolly Parton, have had their fill and, eventually, rise up to exact their revenge on Hart. A smash-hit comedy with a killer soundtrack, 9 To 5 was always more than a vehicle for its country music star Parton and the film's themes continue to resonate with audiences. Something proved by the staggering success of the 2009 Broadway musical, which collected four Tony Award nominations including best original score; a soundtrack which of course includes Parton's memorable title song.

Dolly's 9 To 5 track won her an Oscar nomination and four Grammy nominations, and forms the centre-piece of the acclaimed 18-song score for the musical. While the office workplace has changed a great deal since the days of Franklin Hart and Ron Burgundy, many of the production's themes will still be all too familiar to modern audiences, making 9 To 5 The Musical a certain hit.

The UK tour begins at Manchester's Opera House in October, then crossing the country with a runs at a range of venues, including Wimbledon (from 22nd October), Woking (from 5th November), Glasgow (from 12th November) and Brighton (from 10th December). The final destination (announced so far) is Birmingham, from 17th December until 5th January 2013.

We have a wide selection of tickets available now, priced generally from £15 to £42 for the very best stalls.