DragonForce to showcase The Power Within with 2012 UK tour

Posted: 2nd April 2012
The power metal six-piece continue to tour their new album (released on 15th April), with a series of UK and Ireland dates planned for the autumn, tickets on sale Wednesday 4th April 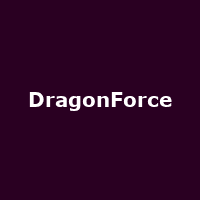 It has taken more than a decade but DragonForce have continued their rise to become one of the UK's foremost power metal outfits, respected and revered at home and abroad. Formed in 1999, the six-piece has maintained the creative axis of guitarists Herman Li and Sam Totman from the start but 2010 saw the established frontman ZP Theart leave the band, with new lead vocalist Marc Hudson joining in 2011.

DragonForce had just enjoyed their most successful period before Theart left, with their fourth record, 2008's Ultra Beatdown cracking the UK Top 20, reaching the Top 10 in Japan and peaking at No 18 on the US Billboard countdown. With two slots supporting Iron Maiden booked for August 2011, Hudson joined and DragonForce soon regained momentum. A new record, The Power Within, is set for release in a couple of weeks and the band is touring extensively to promote the new material and the new line-up.

The autumn tour kicks off in Dublin on 25th September, before the first UK date in Belfast two days later. The mainland jaunt begins in Glasgow, followed by dates in Newcastle, Bristol, Manchester and London (Shepherds Bush Empire), before the final gig in Portsmouth on 7th October 2012. Support on all shows comes from Alestorm, The Defiled and Cavorts.

We will have tickets available from 9am on Wednesday 4th April, priced from £17.50. In the meantime, DragonForce complete their spring album launch dates with a handful of in-store appearances across the UK.