Posted: 30th March 2012
The Fab Four's famous back catalogue gets an airing on a musical journey which coincides with the 50th anniversary of the release of 'Love Me Do, tickets on sale now 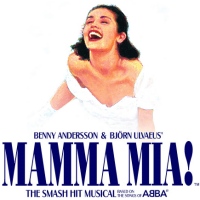 Amid all the jukebox musicals labouring their way throughout theatreland, it is perhaps surprising that the most famous and remarkable back catalogue of all - that of John, Paul, George and Ringo - hasn't been given The Full Ben Elton at some point.

There's one very good reason; rights to use the music have never been granted by Sony/ATV - until now. Five decades after The Beatles first single, Love Me Do, was released the song will form the first steps in a jaunt through the band's unique chapter of pop history. Let It Be will feature more than 20 of The Beatles greatest hits, including Twist and Shout, She Loves You, Yesterday, Come Together and Hey Jude.

Billed as a 'media rich theatrical concert', Let It Be is set to be one of the theatre events of the year and, as with anything associated with Liverpool's legendary foursome, it is likely to be extremely popular with punters.

Let It Be will open at the West End's Prince of Wales Theatre on 14th September, previewing until 'opening night' on 24th September and running ultimately until 19th January 2013. Tickets are available now, priced from £20, rising to £60 for the best seats.

The current production at the Prince of Wales is the Abba musical Mamma Mia! which is moving to the Novello Theatre from 6th September (we have tickets - see below).