Gong will once again resound with November 2012 UK tour 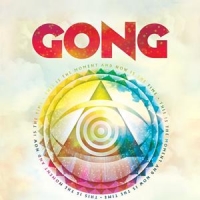 Together in one form or another for an eye-watering 45 years, Gong was, and still is, the visionary brainchild of one Daevid Allen, the Australian key-founder and surviving frontman. Formed in 1967 and initially exiled in France due to visa issues, Gong's foundations began to grow when he hooked up with an Anglo-French professor, Gilli Smyth.

After fleeing France during the 1978 student revolution, Allen and Smyth ended up living in a cave in Majorca - as you do in the world of Gong - before finally making it to the UK in the early '70s (they played at the 2nd-only Glastonbury Festival in 1971). Allen enlisted acclaimed psychedelic guitarist Steve Hillage in 1973, created the familiar 'Radio Gnome Trilogy' albums and promptly set in stone one of the most enduring and complex bands Britain (and, OK, France) has ever produced.

The following three decades spawned numerous spin-offs, side-projects and pseudonyms, although Hillage actually kept his relatively straight moniker for a string of space-rock, AOR and ambient albums throughout the '70s and '80s. As is the want of the world of Planet Gong and its ever-evolving mythology, line-up changes read like a teamsheet and for 2012's impending autumn tour, Steve Hillage will NOT be on it.

Instead, Daevid Allen and Gilli Smyth have enlisted their son Orlando to sit behind the drum-kit, while Fabio Golfetti, Hillage's temp replacement, is normally found carving out blissful riffs with Brazil's Invisible Opera Company of Tibet. Bassist Dave Sturt and saxophonist/flautist Ian East resume their Gong duties for a tour which starts in the autumn.

First stop on the jaunt is Brighton on 1st November, followed by Leicester, Wolverhampton, Nottingham, Manchester, Liverpool and finally Exeter on 16th. With the various gaps in the band's schedule during those dates, it's highly likely they'll announce more shows in due course. All shows are on sale now, except Liverpool which hits our servers from Saturday morning at 10am - prices range from £15 to £20. You can expect numerous excerpts from previous works, even some new material to follow-up 2009's '2032'.