Posted: 14th September 2012
Matilda, the smash hit musical and current darling of the West End, is taking its record-breaking haul of Oliviers and pushing on, now booking until late 2013 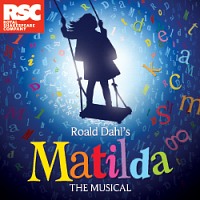 Not even Matilda, Roald Dahl's fictional creation with the extraordinary imagination, can surely have ever envisaged the kind of success the production of the same name continues to enjoy.

Written by Dennis Kelly and Tim Minchin for the RSC, Matilda the Musical transferred from the Courtyard in Stratford-upon-Avon to the West End's Cambridge Theatre in October 2011, elbowing Chicago aside in the process. But even that was not a sufficiently wondrous rise.

No, in 2012 Matilda has thrilled full houses and wowed the critics. At this year's prestigious Olivier Awards Matilda was nominated in every category it was eligible for, ten in total. The musical ended up with seven Oliviers, a record for a show.

Not that the eventual number of awards was really going to make much difference. Matilda is already a new chapter in West End history, collecting five-star reviews at every turn and becoming one of the most talked about shows of recent times. Chicago may have been moved on by the noisy new kid on the block but new productions will take on Matilda at their peril; it's set to run and run (and run).

We have tickets available now for performances right up to 22nd December 2013, with ticket prices starting at around £25. Note that there are afternoon performances on Wednesdays, Saturdays and Sundays and no evening shows on Sundays or Mondays.