Posted: 26th March 2012
The young singer-songwriter from Brighton will follow his debut single with a series of late spring dates, tickets on sale Wednesday 28th March 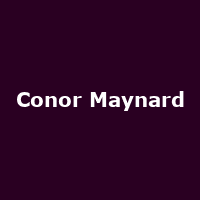 In the week that the impossibly youthful One Direction broke new ground in the US, becoming the first UK group ever to enter the Billboard countdown at No 1 with a debut album, it seems that the young are getting younger. Maybe it's just me.

With Bieber now needing to shave up to once a week, it seems that there is already room for more young stars. And here's the most surprising thing - their tender age seems to hinder their talent not one bit. Perhaps it is the carefree running of youth that releases these young stars from the tyranny of their own expectation. They are told that they can have it all and young artists like Conor Maynard are increasingly thinking 'why the hell not?'

The singer has been hailed as the UK's 'answer to Bieber' but don't let that put you off. For starters, he's already a year or so older and more than mature enough to vote, drink, marry and go to grown-up prison - but probably not all on the same night. He's collected this year's MYV Brand New award, seeing off Lana Del Rey, and his YouTube recordings have amassed total hits of more than 50 million. He has an army of fans called Mayniacs and he is releasing his debut single Can't Say No on 29th April.

Considering Can't Say No has already enjoyed more than 2 million views online, it's likely you're going to be hearing a lot more of Conor Maynard and his Mayniacs. For starters, Conor will be playing Bristol, Brighton, Birmingham, Camden, Newcastle and Sheffield from 21st April.

We will have tickets available from 9am on Wednesday 28th March, priced around a tenner.

Later in April, Conor will support Mindless Behaviour - another band which has seen their star rising and their shows selling out.