The former King Crimson and Emerson, Lake and Palmer guitarist and singer is taking his influential back catalogue on a November tour, tickets Saturday 31st March 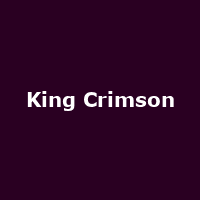 Greg Lake's merited reputation as a giant of progressive rock can sometimes get in the way of his genuinely impressive credentials as a musician. Emerson, Lake and Palmer's penchant for elaborate psychedelia and creative stage management has made the trio a reference point for the seventies' excesses of British prog but shouldn't mask musical depth.

In reality, Greg Lake was, musically at least, always the sane one. To ELP's considerable success he brought power ballads, hard rock and a distinctive and hugely flexible vocal. Outside of ELP, he ploughed a slightly more traditional furrow, even recording a hit Christmas single. It was 1975's I Believe in Father Christmas and for around eight weeks every year, its distinctive refrain soundtracks spillages in supermarket aisles everywhere.

It remains Greg Lake's only solo hit of note and, he claims, wasn't even a Christmas song - more of a protest against the commercialisation of Christmas. Not that Lake hasn't been prolific, however. Aside from ELP and King Crimson (with which pair he sold approaching 40 million albums), he has released nine LPs; the latest being 2007's Greg Lake (a compilation).

Lake is taking his considerable and influential back catalogue on the road in the autumn with a clutch of UK shows that kick off in Glasgow on 17th November, before taking in shows in Newcastle, Liverpool and more, finishing on 25th November with a gig at the Shepherds Bush Empire.

We will have tickets available from 9am on Saturday 31st, priced around Â£27.