Posted: 21st March 2012
The Grammy-winning R&B star is following the release of third album 'All of Me' with a handful of spring shows, tickets on sale now/Friday 23rd March 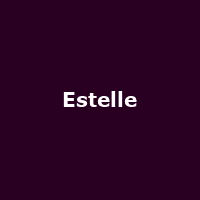 Estelle is one of those stars who seemed to rocket from zero to hero in a heartbeat. What's more, she did it without a considerable bunk-up from Simon Cowell's stacked heels.

In 2004, Estelle Swaray emerged as, apparently, just another West London R&B wannabe. But her debut record, 'The 18th Day', hinted at unexpected depth and with the singles, not least the wonderful '1980', Estelle offered up a promise of things to come.

And, for once, that promise was fulfilled with her second album, 'Shine' - a tour de force of British rap and R&B. Her early career had received a boost after she met John Legend (introduced by Kanye West, no less) but Shine didn't need any doors opening for it. With the stand-out track 'American Boy' topping the UK chart and hitting the US Top Ten, Shine was nominated for the Mercury Music Prize.

In the wake of the second album, Estelle went on to collect two MOBOs and a Grammy. Having 'made it' in every sense, the singer went to work on a third record, with 'All of Me' eventually being released on 12th March, having already broken into the Top 30 of the US Billboard chart. Estelle has announced a handful of May dates to bring the new material (and, of course, the award-winning back catalogue) to UK audiences.

Estelle is playing the HMV Institute in Birmingham on Monday 14th May, followed by the IndigO2 in Greenwich and then the Glasgow ABC, on 16th May, before a Dublin gig on the 17th.

The London gig is on sale now, with tickets available from £17.50. We will have tickets for the remaining UK and Ireland shows when they go on sale at 9am on Friday 23rd March, priced around £17 (UK) and 25 (Eire).

There have been a few rather large changes to Estelle's May tour. Firstly, the Birmingham and Glasgow dates have been cancelled. There are now two London dates - both now taking place at the Jazz Cafe. At present we have no news as to why and it looks like the Dublin date is still scheduled, but watch this space. Birmingham ticket-holders may want a refund unless they are up for an M6/ M1 jaunt...