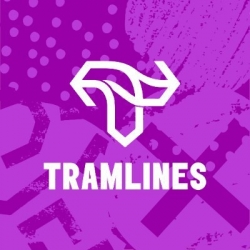 Having already earned her musical chops with the modestly-successful Dum Dum Girls and the slightly less-known Crystal Stilts and Vivian Girls, Frankie Rose proceeded to dip her toes into the pool of Phil Spector and unleash a perfectly-competent and interesting debut-album under the moniker, Frankie Rose and the Outs. But if that 2010 album came out in glorious Technicolor, then her new album, minus The Outs suffix, is pure Widescreen.

Pitched somewhere amongst the vocal and creative talents of Nancy Sinatra, Mazzy Star, Rose Elinor Dougall, Siousxie, and, er, Rumer, this Brooklyn singer and songwriter has begun to prick up people's ears with her new album, "Interstellar", out now via Memphis Industries. The whole darned thing sparkles and shimmers and gathers up influences and sounds from the past few decades and blends them into a heady elixir of big glorious tunes. And we like 'tunes' at Allgigs Towers. Check out one of the album-tracks in this article, "Gospel/Grace". And if you like the sound of that, read on.

Frankie Rose will be on tour to promote the album during the summer, including a handful of headliners in July, starting with Manchester on the 20th, followed by Glasgow, Leeds, Birmingham, London's XOYO and finally Brighton on 27th. Frankie will also be playing Sheffield's Tramlines Festival on 21st and Camp Bestival 2012 on 28th July.

Tickets are on sale now from us for all shows, except Birmingham which goes on sale from 2pm on Wednesday 21st March. Prices start from just £7, rising to £12 for London.