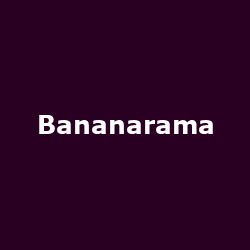 The 2012 concert has been cancelled due to the bad weather. An official statement from the promoters reads:

Following the severe and unprecedented weather conditions across the country the site was declared unfit this morning to host the concert. The decision was made following full consultation with all of the relevant authorities and the safety advisory group. The safety of our customers, performers and production crew is of utmost importance and the decision was made unanimously. The potential risk to staff and music fans was too great for the event to go ahead.


Live Nation and The Royal Parks sincerely regret the disappointment caused by this cancellation.
John Probyn, Live Nation COO said, "The moment the Wireless Festival ended, we put in place a massive plan to prepare the site for tomorrow. Eight thousand cubic metres of wood chip is currently being put in place and over the past 24hours crews have started to make the site safe for our customers. Despite best efforts time has beaten us, but I want to reassure that Hard Rock Calling concerts with Soundgarden, Bruce Springsteen and Paul Simon, plus Madonna on 17 July and the BT London Live Opening Ceremony Celebration concert and the events will go ahead.

Refunds should be processed automatically, but if in doubt, contact your point of purchase.

On 11th July, Hyde Park will reverberate to the familiar sounds of Pete Waterman's Hit Factory Live, a half-day event that will reunite some of the biggest names associated with SAW's most celebrated fist-pumpingly poptastic hits.

The headliners are Steps, who need little introduction (but we'll mention 'Tragedy' and that dance move, just to remind you). Rick Astley ('Never Gonna Give You Up'), Dead or Alive, Bananarama ('Venus', 'Love in the First Degree') and Sinitta ('Toy Boy') will also be appearing throughout the evening.

But it doesn't stop there.

The rumours about Kylie and Jason performing their 1989 smash-hit "Especially For You" for the first time in 23 years are true - Ms Minogue and Mr Donovan will once again gaze sweetly into each other's eyes, hold hands and croon THAT Neighbours song all over again. It'll last for four or five minutes but, hey PWL fans, it'll be worth it. Jason Donovan will be appearing during the show as well, although Kylie is expected to stay for just the one song - but you never know.

Pepsi & Shirlie, Princess, Hazell Dean, Sonia, Sybil, Lonnie Gordon, Brother Beyond are all names that have only occasionally appeared on a few retro-pop tours in recent years, but have all been endorsed under the iconic PWL banner, steered by Pete Waterman and produced by SAW at some point in their careers. Even 2 Unlimited will appear proving that there really is 'no, no, no no no, no limit' to the entertainment. With a proportion of proceeds going to Cancer Research UK, there is an underlying fundraising message, as well as 250-million single sales to think about.