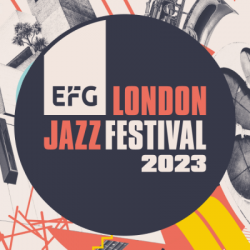 One of jazz-music's keynote events of the year is the London Jazz Festival which reaches its 20th year in 2012. Originally called Camden Jazz, the name was changed when the original event capsized under the weight of budgets and lack of funding. However, with a broader palette available in terms of performers and venues, the London Jazz Festival was (re)born in 1992.

Nowadays, instead of just North London venues, many central and fringe clubs and concert halls now host shows connected with the November event. In fact the earliest concerts include a memorable set from a certain Jools Holland at the Hackney Empire. This year's festival, which runs from 9th to 18th November, already promises quite an array of equally memorable performances, if the first clutch of artists is anything to go by.

Highlights, in chronological order, include Afric-jazz and Malian maestro Salif Keita at the Southbank Centre on the 9th, smooth soothing vocalist Melody Gardot at the Barbican on the 10th, uber-guitarist John McLaughlin with his 4th Dimension band at the Barbican on the 11th and, celebrating 40 years on ECM Records, Jan Garbarek Group returns with Indian percussionist (and previous collaborator) Trilok Gurtu for a Southbank spectacular on the 13th.

Other intriguing shows include Armenian pianist Tigran Hamasyan on the 9th, American jazz-guitarist Bill Frisell on the 12th and the legend that is sax-warrior, Sonny Rollins, appearing at the Barbican on 16th November. Tickets for all shows are available now, varying in price depending on seat - most average between £27.50 and £35 for top seats, or as little as £10 for restricted view.

Bookmark this page - we'll be updating our listings for Barbican Jazz Festival as and when more names are announced.