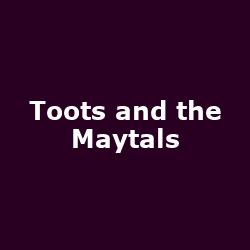 Due to take place on Sunday 15th July, the second One Love Peace Festival has fallen at the second to last hurdle during this Olympic year and been cancelled.

Last year, the inaugural One Love Peace Festival sold out at Wembley Arena in quick time. Not surprisingly, it was mainly down to the line-up of Sean Paul, Shaggy, Skepta, Aswad and The Abyssinians although the success owed much to the legacy that this gathering of Jamaican roots, soul and culture contains at its core. Named after (and in celebration of) Bob Marley, the premise was to champion the iconic reggae master and give him props on the 30th anniversary of his death.

It was hoped that this year's event would have improved on last year's but it was not to be - the saturation point of other festivals and the biggest sporting event in Britain's recent history appears to have pushed people's priorities elsewhere. Holders of tickets to the Hackney event should contact the original retailers for a refund.

Meanwhile, if your thirst for the tropical flavours of the Caribbean hasn't been quelled, head to this year's Jamaica 50th Anniversary celebrations at the Indig02 during July, starring Lee Scratch Perry, Damian 'Jr Gong' Marley, Tappa Zukie, Jimmy Cliff, Horace Andy, Toots and the Maytals and many more luminaries from the world of reggae. Tickets are available now.