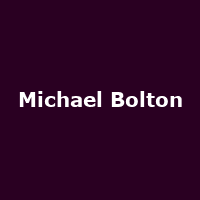 Released this week was Michael Bolton's 'Gems - The Very Best of', which is a brand new double CD of huge proportions. Huge because it couples one disc of all his biggest hits, including 'How Am I Supposed To Live Without You', 'When A Man Loves A Woman' and '(Sittin' On) The Dock Of The Bay', with another featuring a brand new collection of duets called "Gems". Partners on the album include Indian soundtrack guru A. R. Rahman, Seal, Delta Goodrem and posthumously, Eva Cassidy for a rendition of "Fields of Gold".

Out to buy now, three allgigs readers have just won themselves a copy. And they are: Sarah Burke from Rotherham, Alison Trevelion from Sussex and Greg Salt from Kent.