Posted: 14th March 2012
The 10-day festival sees some of the biggest names in blues, jazz and soul appear at a range of venues in London and Manchester, tickets now/Friday 16th March 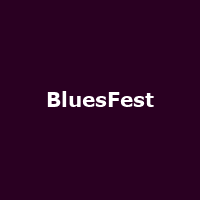 As if summer 2012 in London wasn't already jam-packed with fun and excitement, the line-up for BluesFest 2012 has been announced for a series of shows across London and Manchester. With more names yet to be confirmed, the 10-dayer will see performances from some of music's biggest stars, including Van Morrison, Ronnie Wood and Tom Jones, alongside soul legend George Benson and all-conquering Johnny-come-lately Hugh Laurie.

Ronnie Wood will be curating an evening of music for an exclusive tribute to the legendary Chicago-based blues label Chess Records, while Van the Man performs a set of the music that inspires him in Van Morrison Sings The Blues. Tom Jones reprises his 2010 gospel and blues set, Praise & Blame, and airs some exclusive material from his forthcoming album.

Meanwhile, soul and blues legend George Benson returns to the UK for shows in both cities, while Hugh Laurie performs tracks from his highly-acclaimed 2011 debut Let Them Talk. Elsewhere, the Robert Cray Band will be lighting up the Shepherd's Bush Empire with a night of electrifying blues.

There are a wide range of venues and dates (see below), but highlights include Robert Cray in London on 26th June, Van Morrison at the Hammersmith Apollo on 29th June, with Ronnie Wood & Friends taking to the same stage the following night.

On the 30th June, George Benson plays Manchester's Bridgewater Hall with Hugh Laurie playing at the nearby Lowry Theatre on 1st July - the same night Tom Jones plays the Hammersmith Apollo. There are many more performances, with even more expected to be announced.

We have tickets available, mostly, from 9am on Friday 16th March, with a handful of gigs already on sale, including Hugh Laurie's and George Benson's London and Manchester shows. Prices start at around £25.