Willy Mason will Carry On with spring 2013 UK tour 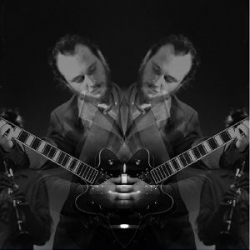 There's a good chance that, in the coming months, you'll get to hear or read the name Willy Mason a lot more often. Previously the chilled-out troubadour has performed at UK festivals like there's no tomorrow, as well as releasing a string of impressive acoustically-minded albums, deeply-rooted in American roots tradition and the likes of Dylan but without obvious pastiche.

He's already got his community of fans, but they're about to increase in numbers when he appears on Ben Howard's almost completely sold-out tour in the coming weeks (only Brighton now has tickets available at face value). In addition to being Ben's support, Mason has his own headlining fun planned out in the form of three FREE shows in November - one show in Manchester even invites you to host the gig in your own home (see his website - www.willymason.net) - and a short December tour - featuring former Portico Quartet singer/ musician Nick Mulvey - which has almost sold out, bar the shows in Birmingham and London (£12.50 and £15 respectively).

However, his real chance of a larger audience comes with new album "Carry On", due out in December, and the following 2013 UK tour next spring. Head to Mason's website, register your email address in exchange for ace new song "Restless Natives", a gentle six-minute canter that evokes comparison with Daniel Lanois, Bon Iver and Springsteen when he's NOT bawling like a crazed teenager. It's a rather moreish song and one which will sound great when fired up at a Willy Mason show. Talking of which, his 2013 tour looms nearer.

During March 2013 you can join the Mason's loyal following in Southsea (3rd), followed by Exeter, Cardiff, Leeds and several more until rolling up to the Belfast Limelight on the 15th. We have tickets to all shows now, priced from £12.50 upwards - and if you want his new album, our ticket links offer you the chance to pick up it up on pre-sale for £7.99 (ltd period). It's enough to give you the Willys [oof! - Ed].