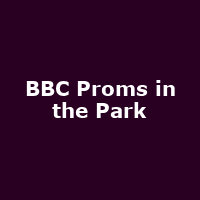 The successes keep coming for Alfred Giovanni Roncalli Boe - Alfie to me and you. The tenor's 2011 Bring Him Home Tour sold out every show at some of the UK's finest concert halls, coupled neatly with selling 700,000 copies of his records Bring Him Home and Alfie. As if that was not enough, he was cast in the leading role of one of the West End's most popular shows, appearing as Jean Valjean in Les Misérables. Unsurprisingly, his stint was an unrelenting commercial and critical success.

In 2012, there's a book deal for an autobiography, a DVD, a host of festival appearances and a Diamond Jubilee performance at Buckingham Palace. And he's still not done. Before the month's out, he'll have played BBC Proms in the Park 2012 in Hyde Park (on Saturday) and then The Sunflower Jam 2012 at the Royal Albert Hall eight days later (we've tickets for the latter available now, priced £50)

And then there's the small matter of his HUGE spring 2013 arena tour, which tour kicks off its UK dates at the NIA in Birmingham on 22nd March 2013, followed by dates in Manchester, Glasgow, Bournemouth and loads more before the final show announced so far at Belfast's Odyssey Arena on 14th April. The London dates comprise a pair of gigs at London's Royal Albert Hall on 8th and 9th April 2013.

We will have tickets for the four new dates in Nottingham, Sheffield, Cardiff and Blackpool when they go on sale at 9.30am on Friday 7th September 2012. The rest are available now and all are priced from around £25, rising to £139 for the best London VIP packages.