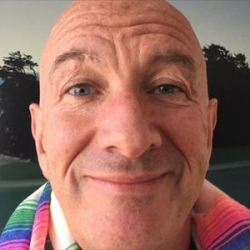 The 1950's were a golden age for the silver screen and, in particular, British comedy films. The 'Carry On' series, the 'Doctor' series and 'St Trinian's' series all began during this decade, while the much-loved and still-revered Ealing Comedy production line was in full swing, having previously been founded during the post-war years.

Very much a celebration of British resolve and the human spirit under duress, Ealing Studios' reign as leading one-off comedy creators lasted from 1947 to 1957 and produced classics such as 'Passport to Pimlico', 'Whisky Galore!', 'The Lavender Hill Mob' and 'The Titfield Thunderbolt'. However, aficionados of the films cite 'The Ladykillers' as one of the finest black comedies of its time.

The original film, written by William Rose and starring leading actors of their time such as Alec Guinness, Peter Sellers, Herbert Lom and Jack Warner, concerned the fortunes of an eccentric old widow and busy-body, Louisa Wilberforce. Being a person who exercises her vivid imagination all too freely, she finds that being asked to 'fence' an entire gang of criminals is too good to resist. Cue anarchy, quick-wits and hilarious consequences.

Thankfully Graham Linehan of 'Father Ted' fame is also a fan of the screenplay and has resurrected and adapted the script for a brand new stage production, currently running at London's Gielgud Theatre. The new version of 'The Ladykillers' features a stellar cast that includes Simon Day (Fast Show), Ralf Little (Royle Family) and Angela Thorne (To The Manor Born) and has been a successful transition from screen to stage.

For a limited period only, we have links to discounted seats!

Please click on the Book This Offer button below for details and availability.