Ibiza and Mallorca Rocks 2012 continue to grow as Plan B, The Maccabees, Azealia Banks, Axwell and more sign up 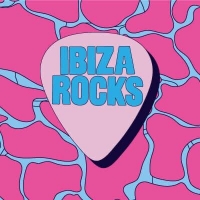 As spring stubbornly refuses to be drawn out of its prolonged hibernation and winter's chilly grip refuses to loosen, thoughts of summer sunshine and hard partying are rarely far from many people's minds.

If trampling through a wet, muddy British field at a jam-packed same-old music festival fills you with a damp, itchy dread; there are other brighter options - such as this year's enormous Ibiza and Mallorca Rocks gatherings! With a line-up perfectly suited to hotter countries, the twin events of Ibiza Rocks 2012 and Mallorca Rocks 2012 had already done themselves proud - but, guess what? There was more to come and even more star names have been recruited.

The biggest attractions include the long-awaited return of Bloc Party, the full-on heady rock anthems of Kasabian and Kaiser Chiefs, the urban class of Plan B and bass-heavy dance music and pop from Chase and Status and Example (the latter supported by Azealia Banks, no less). Manchester legends New Order will return to the islands where they crafted their No 1 album 'Technique', some 23 years ago, The Maccabees strengthen the indie contingent and Brit-rap is repped by Tinie Tempah, Professor Green and Maverick Sabre. Ed Sheeran will provide the relaxed opening shows on 5th and 6th June, supported by The Milk, while the closing parties come courtesy of Two Door Cinema Club on 18th/19th September.

Add in top DJ slots from Mark Ronson, Axwell, Zane Lowe and Doorly, plus loads more and you have quite a summer to look forward to. Most artists are confirmed to play one night in Mallorca and one night in Ibiza (usually on the following night - but there are exceptions) with tickets for each show set to cost around Â£30 per head. There are also hotel options available direct from the festival websites.

Tickets are on sale NOW and are selling quickly. Don't hang about - summer's not as far away as you think.