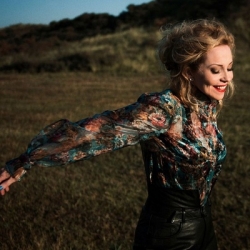 After supporting Within Temptation on their sold out UK dates last November, Anneke van Giersbergen is bringing her band back to these shores for a clutch of headline shows in the autumn.

With 'Everything is Changing', her fourth album since leaving Dutch progressive outfit The Gathering, released in January, van Giersbergen is continuing her solo career with another record that moves her away from The Gathering's trip-rock onto a more upbeat melodic rock sound.

If her first few solo offerings were relatively light, acoustic offerings, 'Everything is Changing' represents something of a, well, change. More rocky that the first three records, the new LP offers an up-tempo take on often dark subject matter. The record is widely regarded as the customary 'return to form' and the glimpses of the live material on last year's Within Temptation support slots promised much. The headline UK tour is a chance to hear a full set of the new material and, of course, van Giersbergen's excellent vocal once again stretched to its very best. You can watch the video for 'Take Me Home', taken from the new album, above.

Anneke van Giersbergen's Everything is Changing tour kicks off at the Borderline in London on Wednesday 19th September, followed by Manchester (Roadhouse), York and Glasgow, before the final date at the O2 Academy 3 in Birmingham on Sunday 23rd September 2012.

We have tickets available now, priced £14 for London and £10 to £12 for the other dates. Tour support comes from Death Letters with more expected to be announced shortly.