Posted: 24th May 2012
The folk singer-songwriter has put back her May/June tour to the autumn, with all dates except Brighton rescheduled 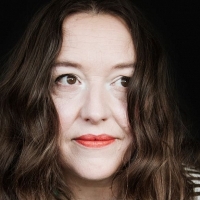 It has been announced that Kathryn Williams forthcoming tour has been rearranged for later in the year. The Mercury Music Prize nominated folk singer-songwriter, who has made a habit of successful collaborations since making the breakthrough in 2000 with her second record, 'Little Black Numbers', will now be showcasing her latest project in the autumn.

'The Pond' promises to be a "democratic mud pit" of ideas, innovation and eclectic influence, combining "vintage beats, sixties' pop, Eastern-flavoured loops and even a rapper". If you think it all sounds a bit mad then you'd be right, and that's exactly how Kathryn Williams wants it to be.

The trio have been working on the new material for a couple of years at Edwards and Clee's home studio in London and the result, an 11-track debut record, will be issued on 28th May.

The release was to be followed immediately by a short tour which has now been put back to October. Six shows have been rescheduled but one, Brighton, has been cancelled with no new date confirmed. The rearranged tour now kicks off with a brand new date in Bristol on 2nd October, ending around a week later in London at Bush Hall (moved from Union Chapel) on 8th October 2012. Also note that the Leeds date will now take place at the Cockpit, rather than the Brudenell.

All original tickets are valid for rescheduled shows but any queries regarding cancellation and refunds should be made directly to the ticket agent.