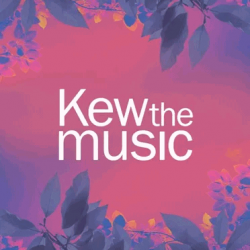 After Kew Garden's popular Summer Swing events were re-launched in 2011 as 'Kew the Music', the week-long series of music and picnic gigs appear to have gone from strength to strength.

Last year saw headline shows from, among others, Blondie, Bryan Ferry and Jamie Cullum and 2012 in South West London looks to be even bigger, with a clutch of stellar names offering a combination of classic and contemporary sounds.

Kicking the event off on Tuesday 3rd July will be Status Quo with special guests The Straits. 'The Quo' need little introduction, suffice to say that Francis, Rick and co are more than four decades into a career which has delivered some of guitar rock's most enduring hits. They are supported by The Straits, comprising former members of Dire Straits who will be performing some of the band's biggest hits.

Wednesday 4th July sees Heather Small and Mike Pickering's dance/soul crossover outfit M People lead the line, supported by CHIC featuring Nile Rodgers. Graduating from Manchester's Hacienda scene, M People took the charts by storm in the 90s, not least with their No 1 and Mercury Music Prize-winning album Elegant Slumming. The hugely influential Nile Rodgers is known for his pioneering funk/disco sound and some of the best dance tracks of all time.

The third night of Kew the Music 2012 sees a change in pace as the Oregon-based thirteen-member jazz band Pink Martini bring their Hollywood-inspired big sounds to the party. Pink Martini's five albums have sold more than 2 million copies worldwide, as the band has played at the Royal Albert Hall, at the grand opening of the Los Angeles Philharmonic's new Walt Disney Concert Hall and at the 80th Annual Academy Awards.

Friday night belongs to singer songwriter, James Morrison. Fresh from his recent No 1 album 'The Awakening', the BRIT winner has now sold approaching 5 million albums worldwide, propelled by hits including 'You Give Me Something' and 'Broken Strings' with Nelly Furtado. 'The Awakening' also featured the hit collaboration 'Up' with Jessie J.

The original Pop Idol Will Young has been one of the genre's great success stories, picking up BRIT awards (two) and selling nearly 10 million albums. His fifth studio record, 'Echoes', which featured the smash hit single 'Jealousy', entered the charts at No 1. Will is joined by Nerina Pallot, the Platinum-selling, BRIT Award and Ivor Novello Award nominated British singer and songwriter.

The 2012 festival comes to a close with an evening of Latin fun, led by legendary rumba flamenco outfit the Gipsy Kings, who have continued to prosper since their eponymous debut album sold more than 14 million copies. Their recent acoustic album, 'Roots', represented a more authentic sound from the Gipsy Kings as they moved closer to their Flamenco origins. Support comes from the multiple-Grammy winning Los Lobos, best known for their No 1 smash hit cover of Richie Valens' 'La Bamba'.