Your heart will melt with the Ice Age Live! mammoth adventure - autumn 2012 dates on sale from 9th March 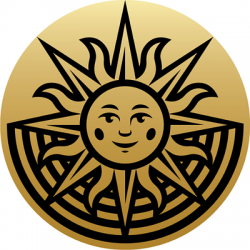 Mention successful animated-film studios and you tend to think of either Disney or Pixar, but one of the most heavily-grossing brands in recent years is "Ice Age", developed and produced by a division of 20th Century Fox, Blue Sky Studios. Billed as the 'sub-zero heroes', the original "Ice Age" movie told the story of three Paleolithical mammals (decidedly cuter than the original beasts) as they attempt to reunite a human baby with its parents, during the height of an encroaching Ice Age - not the best of times for a squirrel to be finding a place to stash his nuts, so to speak.

Sequels have continued to trigger huge box-office sales, including "Ice Age - The Meltdown" which broke its predecessor's own box-office record for being the then third-best opening for an animated feature-length film, just behind Monsters Inc and Toy Story 2. A new film is on its way in the summer - "Ice Age - Continental Drift" is released in the summer.

All of which should be just enough time to then get excited for the next phase in the life of the "Ice Age" brand - a live show. "Ice Age Live!" has been created by Holiday on Ice and Lion King producers, Stage Entertainment, along with 20th Century Fox as well as music, lyrics and costumes designed by various Cirque du Soleil associates. It will feature puppetry, ice-skating, gymnastics, aerial arts, film backdrops, plus all the characters from the films and is set to continue a global tour for - get this - five years!

So far UK dates have been announced for Cardiff (October) and Wembley (November) - so if you want to witness a spectacular ice show for all the family, you'll need to be poised at your PC on Friday 9th March and be prepared to pay between £20 and £70 for tickets. Other shows are likely to be added in due course - five years is a long time in ice-bound puppetry and dance show touring - so watch this space.