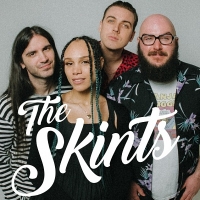 In the UK these days, so much that is good about the ska scene centres on the punk-fuelled exploits of bands like The Skints and Sonic Boom Six, or late seventies/early eighties revivalist 2-Tone. All of which is well worth the entrance fee of course but each would be jostling to be first in line to doff their porkpie hats to ska's rich heritage.

Founded in 1964, by ten musicians who had already been playing together for nigh on a decade, The Skatalites are a key part of that ancestry. Of the band's founding dectet, sadly only Lester Sterling and Lloyd Brevett survive today and only Sterling as a member of The Skatalites. Saxophonist Sterling still leads the band with his nine co-founders' fantastic legacy still seemingly in safe hands.

Their most famous track is probably 'Guns of Navarone', the theme to the film of the same name and later covered by The Specials. The Skatalites have also played on Prince Buster records and, despite a near 20-year hiatus (reforming in 1983), remain a formative influence in ska's colourful history.

And Lester Sterling is bringing the legendary outfit to the UK in the late spring with a May tour that kicks off in Bournemouth on the 21st, followed by dates in Islington, Leeds, Manchester, Liverpool and more, before the final date in Glasgow on 30th May 2012.

We have tickets available now for London, Leeds and Manchester shows, priced £23.50 for Islington and £18.50 for the other two dates.

We will have tickets for the remaining gigs when they go on sale on Monday 27th February 2012 (happy birthday to me), priced £18.50.