Cud give us something to chew over - 2012 UK tour just announced, tickets on sale now 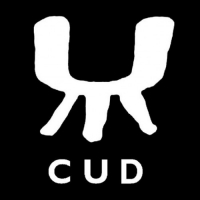 The music business mainstream can be a fickle beast. Proven fact (in my dreams): Every time someone listens to a tiresome overrated pop star or boy band, an underrated and talented performer dies or, at least, goes hungry and returns to taxi driving for a living, but not before discarding their previously-cherished instrument into the nearest bin.

Such a fate applied to the previous owner of one band's late '80s discovery. There, laying in a skip, so the legend goes, was a lowly drum kit, damned to landfill and waiting for the next creative sucker to rescue it, clean it up and give it a good home. If this isn't true, who cares? The legend is always far more interesting then the truth, when it comes to rock and roll.

Cud have not only had the honour of being 'drum whisperers', they also recorded a John Peel Session before they'd even made a record, relying instead on the esteemed broadcaster's keen ear and their own pin-sharp demo-tape. Within a few months, word got around that the Leeds band could string a melody together and The Wedding Present gave them a temporary home on their own Reception Records. They joined upcoming indie label Imaginary in 1989 and scored indie hits with 'Lola' (a Kinks cover), 'Hey! Wire' and the fishy 'Only (A Prawn in Whitby)', but garnered attention from A&M after the band rounded off their independence with the cracking 'Leggy Mambo' album.

Alas, A&M could only plug a band called Cud to a point and slightly more polished efforts such as 'Rich and Strange', 'Purple Love Balloon' and the fabulous 'Sticks and Stones', stalled outside the then all-important Top 20. The album 'Asquarius', issued in 1992 did earn them a Top 30 placing, making it their most successful long-player to date.

With hand-on-hip and a swish of the hair, singer Carl Puttnam and guitarist Mike Dunphy will be delivering slice after slice of psychedelic pop goodness during a one-off UK tour that might just get a tad emotional - they're that sort of band. Stops from 2nd June onward include Sheffield, Glasgow, Newcastle, London and an already sold-out gig in Leeds. The preceding seven shows to their hometown session are available now, priced at £12.50 (even London).

I'll leave you with an apt Cud lyric-quote - "It's magic when you find on your tongue, a taste that reminds you of when you where young". Quite.