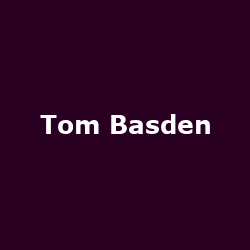 Until now, the Invisible Dot - the London-based, Edinburgh-visiting showcase for groundbreaking comedic and theatrical talent - has mostly limited its operations to those two capitals. The company has worked with a new generation of comedians that has included such high profile successes as Tim Key, Mark Watson and Daniel Kitson.

Just this month, in fact, the Invisible Dot is hosting Simon Amstell's tour warm-up gigs and 'Sex with a Stranger', an exciting new production featuring Jaime Winston and Russell Tovey which is collecting four-star reviews everywhere. Until now, access to this kind of excitement has been limited to tourists or those within the M25 prepared to risk a night's entertainment on the whims of Thameslink trains, or perhaps those happy to schlep to 'the Fringe', Edinburgh's annual month-long rag week/cattle market.

But the Invisible Dot is breaking out and taking a line-up of exciting new comic talent on the road with a national 'New Wave' tour; 'a snapshot of the most exciting and funny new acts in the country right now'. The 14 shows will feature headliners Jonny Sweet (The Inbetweeners, Edinburgh Comedy Award Best Newcomer winner ) and Adam Riches (Edinburgh Comedy Award Winner 2011), supported by Nick Mohammed, Tom Basden, Will Andrews, Ben Target and sketch outfits Sheeps and Toby.

The tour kicks off in Manchester on 1st March, followed by dates in Edinburgh, Newcastle, Cardiff, Birmingham, Oxford and more, before the final show in Leeds on 8th May 2012.

We have tickets available now, priced between Â£8 and Â£12. They will sell quickly.