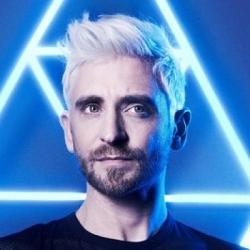 Sitting pretty at the top of the Official Top 100 Singles Chart at the moment is one Rita Ora, a young lady you may have seen fronting a recent Skullcandy headphones advert. Or you may have heard her warbling on Craig David's track 'Awkward'. Or, whisper it, rallying the UK to get behind the 2009 Eurovision Song Contest (and then pulling out). Hey, we've all got to start somewhere. Breakbeat Kaos, Adam F and Bad Company (the drum and bass outfit, not the '70s rockers) impresario DJ Fresh clearly heard something angelic in Ora's tonsils to inspire him to install her as vocalist on his chart-thumping single, 'Hot Right Now' - now look where it's got him!

DJ Fresh is no stranger to being #1 - his previous banger, 'Louder', achieved the same status by rocketing to the top slot with 13 million views on You Tube and a brace of shows. Now he's back again, this time with a third as yet untitled album and a full UK tour ahead of him. And that's apart from his already-confirmed appearances at RockNess, Wakestock, Evolution and Fatboy Slim's Big Beach Bootique 5 in the summer.

First stop on the tour in May, which will support the release of his new album, is Leeds, followed by Oxford, Bournemouth, Birmingham, Liverpool, London (KOKO) and finally Cambridge on 16th May. More dates may be announced in due course, meanwhile we have tickets for these shows now, priced at £12.50 (£15 for London). It is highly likely Fresh will sell out these shows pretty quickly.