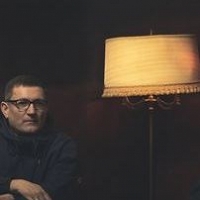 On 9th May 2012, former Housemartins and Beautiful South lead vocalist and songwriter Paul Heaton will be celebrating his 50th birthday, quite possibly in his very own pub (the Kings Arms in Salford).

Heaton is evidently happy about turning 50 and, despite having previously catalogued his earlier drink problems in some of his songs, he also really loves pubs. And, being the creative sort, he's found a way to celebrate both with his 50/50 tour.

Beginning a week or so after his birthday, Heaton will be heading off on his bike, cycling a total of 2,500 miles (50 miles for each of his 50 years) venturing between venues - all of which are pubs. Aside from the occasional wince and inevitable grazes, the Manchester-based musician will mostly be singing a collection of some of his most familiar songs, and some new ones, in the intimate surroundings of your local boozer.

The tour pushes off at Heaton's own Salford pub on Tuesday 15th May followed by another 30 or so dates at the rate of three every four days, taking in Scotland, Ireland and Wales before winding his way to London for the final show, and a cushion, on Saturday 23rd June at the Pelton Arms in Greenwich.

We will have tickets available when they go on sale at 9am on Friday 24th February, priced from £15 for the UK dates.