The Enemy's May 2012 Coventry dates relocated to Kasbah

Posted: 15th May 2012
The three-piece were originally scheduled to play iconic hometown shows in the ruins of Coventry Cathedral to promote new album, 'Streets in the Sky' 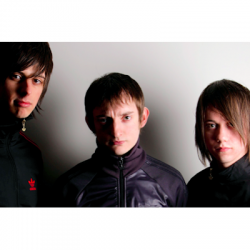 A week before the noisy three-piece were meant to play in the ruins of Coventry Cathedral, a series of noise abatement issues and 'council red tape' have forced The Enemy to abandon their plans, moving the shows instead to local venue, the Kasbah.

Obviously upset at having their best-laid plans torn up, the band said on their Facebook page: "We are absolutely devastated, just gutted. So much hard work has gone into trying to do something special for the people in Coventry. We absolutely adore our fans, especially our home fans, and we really wanted to put on the cathedral show as a way to say thank you for the support over the years."

Well, at least the Kasbah is available and the venue also has some sentimental appeal for fans of The Enemy - it's where the band played their first live set. In addition, given the change in venue, The Enemy are offering a price reduction from £25 to just £15 for ticket holders (the cathedral gigs were sold out) - meaning a £10 refund per ticket. Which all seems very reasonable.

The band's enthusiasm for the shows appears undiminished and they're set to play most of their debut record, 2007's We'll Live and Die in These Towns, plus singles from the second album and their third LP, Streets In The Sky, which will be released next week.

With the tour already under way, the next dates will be the relocated Coventry gigs at the Kasbah on 21st and 22nd May. The spring schedule is completed with dates at the Manchester Academy, the Shepherds Bush Empire and, finally, Glasgow Barrowlands on 25th May 2012. All are on sale now.

The Enemy are also playing the Whitehaven Festival 2012,T in the Park 2012 and the Somerset House Summer Series 2012 (see below).