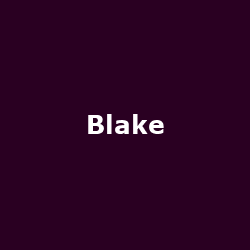 Social media sites, don't you just love 'em. Blake certainly do - they used Facebook to form their now successful harmony group, after two friends spotted two other singers performing live elsewhere. Soon it was all systems go and after agreeing on the name (after English poet, William Blake), they set to work on cornering the lucrative pop-classical crossover market with appearances at numerous public events (including some obligatory rugby match interval action) and a debut album that won them a Classical BRIT Award in 2008.

Their repertoire encompasses romantic Italian arias, film themes and familiar popular songs, the idea of which may have you thinking "isn't this all a bit 'X-Factor'?" - the difference is these boys are rather good at it. Even up to the point where the quartet covered 'Chasing Cars' by Snow Patrol (for second album 'And So It Goes') and 'With or Without You' by U2 (for their most recent set, 'Together'), their renditions are pin-sharp and don't require a huge amount of head-scratching or shuffling of impatient feet.

For album number four and its subsequent tour next year, the lads have chosen to change their songs, look and, it says on their website, comic banter. Whilst they won't be telling you a funny story about what happened to them on the way to the theatre, you can expect a lot of 'love'. The tour will be called 'Love Lifts Us Up', which might disappoint those expecting a harmonic run-through of 'Poker Face' or 'Ace of Spades' anytime soon.

The tour continues in Poole on 24th February, followed by (deep breath) Harlow, St Albans, Yeovil and most of the UK during the following months at various intervals during the spring and summer until a cluster of autumn dates taking in King's Lynn and Truro, among others. They really are showing the love.

Tickets are on sale now, typically priced from around £18.