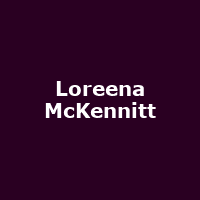 One of the longest-running music festivals in Europe continues to attract a large but, on the whole, respectful crowd some 40-plus years after its inception. The world-renowned Cambridge Folk Festival first opened its doors in 1964, to just over 1000 spectators (some of whom may have caught a very early performance from a chap called Paul Simon).

Nowadays, the numbers add up in many respects with ten times that amount attending daily, eager to see folk and roots legends from around the world. The festival's prospects for this year look decidedly fortuitous thanks to the stunning early line-up announcements - input 26th to 29th July into your in-phone calendar right now!

More names will be confirmed in due course - meanwhile savour the thought of hearing Clannad's wistful Celtic melodrama drift through the summery haze or The Proclaimers bursting into song with resolute Caledonian candour and surely, '(I'm Gonna Be) 500 Miles'. More names are to be announced soon, with plenty of scope for younger upcoming newbies to join the bill.

We have tickets on sale now for Cambridge Folk Festival 2012, with weekend admission for 3.5 days worth of entertainment set at £120 and day tickets priced at £19 for Thursday, £41 for Friday and £52 for each of Saturday and Sunday.