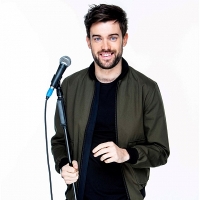 We all like a good laugh, be it at ourselves or at the deserved expense of others - it's what makes Britain 'great' (so 'they' tell us and that's apart from being drunk, fighting and being obese, yay!). But, one of the other great things about being British is our charitable nature and ability to rally round to help others less able and less fortunate, let alone the old, infirm and the vulnerable young - after all, we can't trust politicians to do it, can we?

Which all leads us nicely onto news of this year's mammoth, or should we say, MAMMOTH Channel 4 Comedy Gala 2012, due to be held at the O2 Arena on Friday 11th May. Quite simply, the biggest names in comedy have opted to devote a portion of their time (and fee) to raise money for a new operating table for the iconic Great Ormond Street Hospital for kids.

A dozen premier acts, who normally sell out their shows at the click of a mouse, will line-up to induce belly laughs and funny-bone-tickling, all in the name of fundraising and charity. Lee Evans, Michael McIntyre, Jonathan Ross and Kevin Bridges are hot property right now, as are Sean Lock, Micky Flanagan and Jo Brand. And blow me, if grumpy Jack Dee, live-wire Jack Whitehall and 'wicked' Lee Nelson aren't stopping by as well. That is a comedy line-up right there. And it's worth every penny.

Ask yourself this - what would you normally do with £40? Go out for a meal, perhaps? Buy the Jedward box-set? Gamble it on Arsenal winning the Champions League? Or grab a ticket to see all of the above and more with a sizeable portion going to sick children's futures?

Tickets for the Channel 4 Comedy Gala 2012 at the O2 Arena on 11th May are on sale from us on Friday morning at 9am. The gift of laughter keeps on giving.