Posted: 11th July 2012
With Manchester and London gigs already on sale, MARINA has added more shows tickets for which go on sale on Friday 13th July 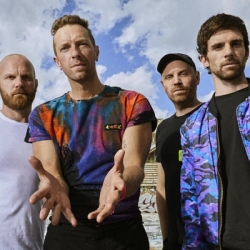 This year continues to be a big one for young Marina Lambrini Diamandis, as she recovers from well-documented vocal, tonsil and larynx issues, her doctor having advised her to stop singing, get treatment and rest.

Having rested and regained her voice, Marina and her Diamonds continue to support Coldplay on their global tour as well as plough their own furrow, touring Marina's second album, Electra Heart, which was released in April. Her health issues did little to dampen enthusiasm for the new material, with the record entering the UK album chart at a very sprightly No 1.

With normal service resumed, Marina has lined up an autumn tour which kicks off in Leeds on 30th September, moving on to Liverpool, Manchester, Leicester, Lincoln and more. The London show is at the HMV Forum in Kentish Town on 11th October.

We have tickets available now for Manchester and London dates with the remainder going on sale at 9am on Friday 13th July. Tickets are priced £20 for all dates (including London).