Simon Amstell warms up for Numb with dates at the Invisible Dot - on sale now! 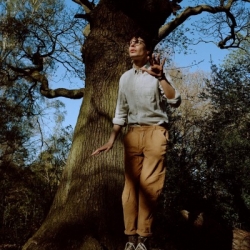 After a career that has been played out mostly on the television, Simon Amstell is gearing up for a return to the stage with a major stand-up tour.

We know him from Popworld, from his time chairing Never Mind the Buzzcocks and from his excellent BBC sitcom Grandma's House, which Amstell wrote and also starred in, alongside Rebecca Front. A second series of Grandma's House is on its way but, in the meantime, Simon Amstell is setting his acute mind to honing the material for his continuing return to stand-up with his show 'Numb'.

The Numb warm-up shows at The Invisible Dot in Camden begin on Monday 27th February and run until Thursday 29th March 2012.

We have tickets available now, priced just £6. Simon will be working through his new material and trying out one or two things but six quid is a bargain in anyone's language.

The main Numb tour begins in Dublin on 5th May, followed by more than two-dozen further shows across the UK, including Bristol, Durham, Cambridge, Liverpool, Birmingham, Richmond upon Thames and, finally, two shows at the Shepherds Bush Empire on 8th and 9th June.

We still have tickets available for a selection of dates, priced £23 for Shepherds Bush, 28 for Dublin and from £21 for other venues.