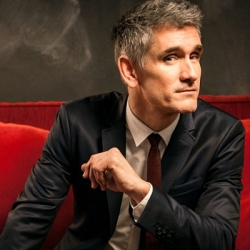 Season 4 of the hit US TV show 'Sons of Anarchy' is now four episodes in on Channel 5 Freeview/ satellite channel 5USA.

For those unfamiliar, the programme (US cable-network FX's biggest audience-puller ever) has a plot-line that centres on an outlaw motorcycle family and gang called the Teller-Morrows. A bit like 'The Sopranos with handlebars', "Sons of Anarchy" deals with the interplay between rival gangs and the authorities, some of whom are willing to see the family burn in Hell, while others are happy to ride with the clan.

The series stars Ron Perlman, Charlie Hunnam and Katey Sagal and is shown on 5USA over here in the UK and sports an Emmy-nominated theme tune written by Curtis Stigers, plus various cover-versions performed by Sagal herself as well as lead-singer of The Kills, Alison Mosshart, Paul Brady and songwriter Audra Mae.

Last month, we ran a competition to win one of three copies of the soundtrack, cunningly named; 'Songs of Anarchy - Seasons 1-4' , and the winners are: Rene Newman, Darren Pattinson and Charles Harvey.