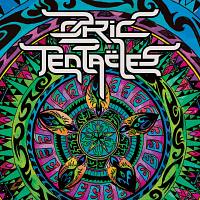 Mention the words 'Stonehenge', 'Glastonbury' and 'Hawkwind' in the same breath and most music snobs would scoff, call you a hippy and lash out at your mongrel-on-a-string. But lazy stereotypes are ill-conceived at the best of times, except when it comes to certain footballers, rappers, politicians and drunks (sometimes all four), of course.

Ozric Tentacles can certainly cite those three quoted words as influences, along with numerous styles of rock, jazz and world-fusion, and because of this are all too often categorized by the music press as incense-burning, druggy spaced-out 'crusties' with an aversion to soap and a penchant for three-bean stews. However, ignore the snobs and gaze past the hazy layers of dope smoke at their hundreds of live festival appearances and you realise that you are witnessing something rather special - the Ozrics can seriously rock, but not in the AC/DC sense. After several bars of 'Kickmuck', 'Eternal Wheel' and 'Erpland', taken from their first two 'proper' albums, you're hooked.

Prior to those opening albums, 'Pungent Efflugent' and 'Erpland', the Ozrics issued a handful of slickly produced cassette-only releases and performed at just about every green-conscious festival in the UK, gaining a reputation of being a formidable live act. Since the early '90s, they've stuck to vinyl and CD, briefly flirting with EMI for distribution of their Dovetail Records label (it didn't last long) before recently settling down with progressive indie, Snapper.

Some six months after its release, Ed Wynne and the gang will be touring the album starting with Bristol on 26th April, followed by Manchester on 9th May, Leeds, York, Birmingham and finally London on 23rd May. We have tickets available for the first five shows now, weighing in at £15. Tickets for London go on sale Monday 13th February at 9AM, costing £17.