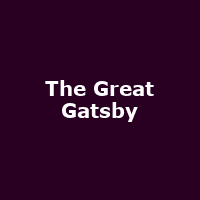 The Great Gatsby, F Scott Fitzgerald's tale of the elusive dreams and whims of east coast America's affluent middle classes in the 1920s and the even more elusive Jay Gatsby, host to signature parties fuelled by that decade's ill-deserved promise, has inspired many, many adaptations and versions.

It moves romantics to swoon and has been hailed, by some, as the 'great American novel'. People say things like "Oh, I LOVE the Great Gatsby. Love it." Some of these enthusiastic reviewers have even read it.

Fitzgerald's classic tale of hope, promise and aspiration, and the almost ephemeral love between Jay Gatsby and Daisy Buchanan, continues to inspire audiences, producers and directors alike, and 2012 sees a clutch of new adaptations hitting the UK's stages.

Prominent among these is Gatz, from production company Elevator Repair Service, to be staged, appropriately enough, as part of 'LIFT', the London International Festival of Theatre in June and July. But Gatz is no run-of-the-mill staging - performances take eight hours, including three intervals, one of which is an extended dinner break. Indulgent, immersive and innovative, Gatz is less a play and more an event, a theatrical experience like few others and with a genuine sense of occasion.

We have tickets available now, priced from £27.50 for the first three performances, starting at £37.50 from 13th June onwards.