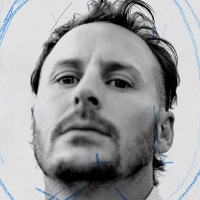 With his February UK tour not yet underway, English folk sensation Ben Howard is already booked up for much of the remainder of 2012.

Firstly, there's the dozen or so UK dates in the next month, then he'll be taking his debut album 'Every Kingdom' to the US, promoting it via SXSW and with a tour. A summer of European dates and festival appearances beckons before a very busy November touring the UK once again (bigger venues this time round).

It is all a far cry from being signed to Island Records after an A&R man attending a London gig was impressed by the response of the crowd. It is fair to say that Ben Howard has never looked back and his rise was confirmed when 'Every Kingdom' made the UK Top Ten following its release in late September last year.

Ben Howard's November UK tour kicks off in Brighton on the 2nd, followed by dates in Glasgow, Manchester, Leeds, Aberdeen, Nottingham, Birmingham and more, before the final gig at the Brixton Academy on Wednesday 28th November 2012.

We will have tickets available when they go on sale at 9am on Friday 10th February, priced from £16.