Call off the search - Katie Melua has revealed her Secret Symphony and announced a 2012 UK Tour! 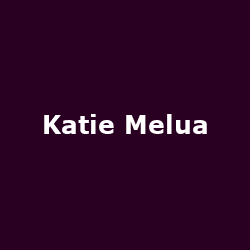 During the past decade or so, the Georgian singer-songwriter has amassed several million sales of her cosy and demure pop albums, spearheaded initially by the Mike Batt-produced (and co-written) debut, 'Call Off the Search'. I imagine that, to this day, Katie Melua has ensured that the then breakfast radio presenter on BBC Radio 2, Terry Wogan, has been on her Christmas card list ever since - he drummed up interest in Melua's single 'Closest Thing to Crazy', long before other stations followed suit. And she was only 19 at the time!

With her fragile yet reassuring timbre, Katie Melua hasn't resorted to recording collaborative albums or commissioned dubstep reworkings (aside from the odd ill-suited dance remix here and there), she's just kept going in her own understated way. In fact, until 2010's 'The House', she stuck with composer Mike Batt through the next few successes before utilising William Orbit's talents to their fullest. She notched up another Top 10 single with 'A Happy Place', although the album stalled at #4.

For 2012, Melua has renewed her working union with the renowned arranger for the new collection, 'Secret Symphony', due for release on 5th March. As Katie explains on the accompanying video to this article, orchestras have played a significant part of her recording career. For this album, strings are at the forefront of her songs, lending an almost retro and filmic hue to proceedings.

Her next UK tour will commence later this year, beginning with Ipswich on 8th October, followed by Hammersmith, Bristol, Birmingham and more until Gateshead on the 16th. We'll have tickets available to buy from 9am this coming Friday (10th February), priced at £32.50 (£37.50 for London).

In addition, Melua is also appearing at Ronnie Scott's tonight (album preview - sold out!) and the Hampton Court Palace Festival on 22nd June (still available from the venue).