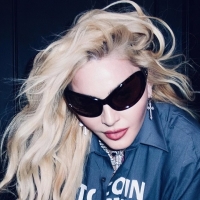 In 1984, a tempestuous and brazen young lady burst onto our screens, via MTV naturally, writhing around on the floor, looking all 'sex kitten', as you do, wearing a wedding dress and singing the subtle cherry-popping smash-hit, 'Like a Virgin'. Welcome to Madonna Louise Ciccone. Some 300 million worldwide sales later, she is the best-selling female rock artist of all time (that's 'rock' in US RIA terms) and is second only to Barbra Streisand for being the best-selling female overall. She's just behind The Beatles in 'all-time top artists' (according to Billboard) and while the Americans continue to devise charts for just about every musical quirk there is, the truth cannot lie - Madonna is a global entity and a strong-willed template for millions of others .

Her early days running up to 'Like a Virgin' were spent recording her debut album with renowned New York producers (then boyfriends) John 'Jellybean' Benitez and Mark Kamins. After notching up hits with 'Everybody' (mixed by Kamins) and 'Lucky Star' (mixed by Jellybean), she struck gold with a song written outside of the triangle, 'Holiday' - it has proven to be a signature tune of sorts, to this day. The '80s drew to a close with Madonna very much climbing various creative pinnacles, not least with the 'True Blue' album and the suggestive, almost blasphemous (according to the horrified press) 'Like a Prayer'.

Getting older during the '90s didn't stop Madonna's sexual experiments from hitting the screens and shelves - who can forget the 'coffee-table' art compendium, 'Sex'? The accompanying themes on the video for the single, 'Erotica', previously explored on 'Justify My Love'? 'Hanky Panky'? Actually, let's truly forget that last blip. Even 'Evita' was more deserving than that song.

For the past decade or so, she's continued to mix it with acclaimed producers such as William Orbit ('Ray of Light') and Mirwais ('Music'), the former of whom has been chosen to steer her through her next album project. 'MDNA', a play on her name and the drug MDMA, is due for release at the end of March and also features Martin Solveig, Benny Benassi and MIA, the latter appearing on lead single, 'Give Me All Your Luvin'. It remains to be seen if she's recreated her best work - meanwhile, there's a tour to tell you about.

Madonna will be touring the world during 2012, pausing for a European leg during the summer - which means she's hitting the UK!! The confirmed shows are London's Hyde Park on 17th July and Edinburgh's Murrayfield Stadium on the 21st. A Dublin show follows on 24th July, before she heads off to Vienna and beyond.

We'll have tickets for both UK shows (from £60 for Edinburgh/ £70 for London) from 10am this coming Friday (10th Feb), while the Ireland gig (from 54.65) hits the servers at 8am on the following Friday (17th Feb). We really don't need to tell you how quickly these will sell-out, so be ready (and patient)!

In addition to the London, Edinburgh and Dublin shows, as well as the release of her new album "MDNA" today (26th March), Madonna has now added a new date to her world tour - and it's in Birmingham on 19th July. We will have tickets for this show from 9am on Friday 30th March. Prices are yet to be confirmed but as a guide, Edinburgh weighs in at £45 to as much as £125, while the Hyde Park concert is priced from £70 - both of which are still available.