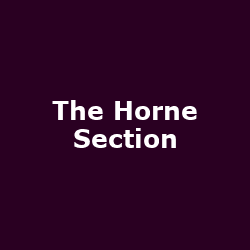 Alex Horne's mind is an alert and powerful thing, and it is seduced by the power of statistics. He also loves music and standing in front of groups of people and making them laugh. But first and foremost, by his own admission, he's a bit of a geek. He loves a fact and a figure and both have inspired his latest show, Seven Years in the Bathroom.

Premiering at the 2011 Edinburgh Fringe Festival (his seventh Fringe show), Seven Years in the Bathroom is a 60-minute show attempting to pack the events of an entire human life into one hour. During this breakneck hurtle through 'a life', Horne also attempts several daredevil firsts including drinking exactly 100ml of cider and 'wearing a bathrobe'.

The content of the show hints at a degree of existential introspection and fits snugly with one of his other ambitious schemes, to set a World Record to 'one day be the oldest man in the world'. For those who might think the funnyman is not taking the record attempt seriously, he is quick to point out that he has now been studiously dedicating himself to this goal for an impressive 33 years and 5 months.

Alex Horne's tour, which takes in appearances at Dave's Leicester Comedy Festival 2012, Live at the Chapel and E4 Udderbelly festival 2012, continues tonight in Salisbury and runs until the summer, taking in six shows at the Soho Theatre, Cambridge, Brighton, Colchester and more.

We have tickets available now, priced from as little as £6.