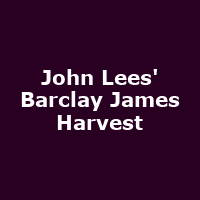 1966 was the year we finally won an international football match of some repute, Mike Tyson was born and The Beatles released arguably their most complete album, 'Revolver'. Aside from all the usual wars, births, deaths and scandals, that year also saw the founding of one of the most enduring British progressive-rock bands, Barclay James Harvest.

Two years later, Yorkshire residents John Lees, Les Holroyd and the sadly departed Woolly Wolstenholme and Mel Pritchard, initially inked a deal with EMI's splinter label Parlophone for one single, 'Early Morning', before joining the more experimental and proggy offshoot Harvest for a string of singles and albums, none of which shifted many units. Polydor turned them into household names with the albums 'Time Honoured Ghosts', 'Octoberon' and their highest-placed release to date, 'A Concert For The People', a live set recorded in Berlin in front of a quarter of a million people (yes, 250,000 approx) and released in 1982.

Since their last relatively-successful album, 'Face To Face' in 1987, output has been sporadic and erratic, resulting in a split of touring spoils between Lees and Holroyd and little in the way of released material, the best of which was arguably Polydor's radio-sessions anthology, 'After the Day'.

While Les Holroyd's version of the band has chosen to lay low for a while, John Lees' Barclay James Harvest have burst out of the traps with the announcement of a 2012 autumn tour. First stop is Edinburgh on 18th October, followed by six more dates in Manchester, St Albans, Bristol, Leeds, Wolves and finally Norwich.