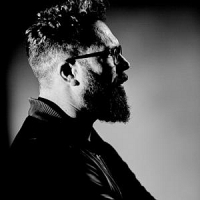 Remarkably, it has been 14 years since (then) indie upstarts put Southport on the musical map by scooping the 1998 Mercury Music Prize for their debut record 'Bring It On'. Nowadays, however, Gomez's English provincial roots are shared between the UK and the slightly more exotic environs of Los Angeles and New York.

It's only natural that the members of Gomez lean more towards North America than northern England these days since their music career has followed the same path. After the early success of 'Bring It On', Gomez picked up more accolades at home before a record company split resulted in the five-piece being picked up by a US label. With an eclectic and, at times, American tone to their sound, Gomez have found a big audience there.

Fifth album, 2006's 'How We Operate' reached No 1 on the US Heatseekers chart and No 7 on the indie countdown. The die was cast and modest success in the UK was coupled with stronger showings stateside. Their most recent album, last year's 'Whatever's On Your Mind', made No 65 in the UK and (in a much bigger market) No 81 on the Billboard chart, also clocking in at No 11 on the US indie rundown.

We'll have tickets available when they go on sale at 9am on Friday 3rd February, priced around £20. Ben Ottewell's recent solo dates all sold out so expect demand to be high.