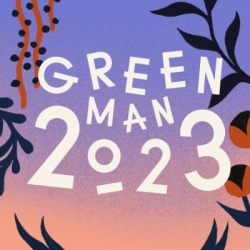 The mountainous Welsh countryside and sweeping verdant estate at Glanusk Park will, once again, host the family-friendly and ethically-driven Green Man Festival. Taking place from 17th to 19th August, Green Man celebrates its 10th outing with an admirable first batch of acts, befitting a 10,000 capacity festival and a far cry from the inaugural event in 2003. In those days, King Creosote and James Yorkston played to an audience of just 300 and for only one day.

Now three days long (the campsite opens on the Thursday, with various lower-key entertainment on the first night), this year's festival promises the usual eclectic array of performers. Key names include Canadian songwriter Feist, French art-pop and soundtrack composer Yann Tiersen, '80s pop-soul ensemble Scritti Politti and the much-acclaimed eccentricities of duo Slow Club. There will also be slots from revived US post-punk star Jonathan Richman, Americana act The Felice Brothers and much talked about outfits, Cashier No.9 and Peaking Lights.

Tickets for the festival are on sale for £152 for Adult tickets, £125 for Student tickets or just £6 for 5 to 12-year-olds. Other concessions are available, including Resident Only (postcode NP8) day tickets for £50. More acts to be announced in due course!