Welcome to your Derbyshire nightmare - Alice Cooper to headline Bloodstock 2012 with Deicide, Dimmu Borgir and Behemoth, tickets on sale now 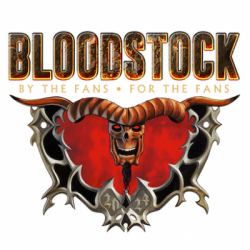 Looking at the previous line-ups for the Bloodstock Open Air Festival 2012 (to give it its full name), it's easy to see how this gathering of all that's great and gory in the metal world has become an important tick on any self-respecting horns-raising fan. 2005 started things off with the modest line-up of Breed 77, Sebastian Bach and Paradise Lost.

By last year, the organizers were starting to pull in the full artillery with the likes of Motörhead, WASP and Morbid Angel. And if you think that was tasty, whip out your plate, grab your knife and fork and feast on this year's beautifully gruesome performers.

Alice Cooper, who is to shock-rock and horror-metal what Jedward are to idiocy, will headline the Sunday night, with Bloodstock stalwarts Paradise Lost, rock-legends Anvil and the fearsome Deicide (their only UK show in 2012) all on the same bill! And that's just Sunday - it's gotta be worth it just to see Cooper in action!

Friday and Saturday also weigh in with a battalion of bruising beasts - Behemoth headline on Friday, with Watain, Mayhem and Grand Magus in support, while Saturday night is all about the darkness with Dimmu Borgir, supported by Hatebreed and Sanctuary. More names are due to be announced for the Ronnie James Dio Main Stage, as well as additions to Orange Goblin and Sight of Emptiness on the Sophie Lancaster Stage.

Bloodstock 2012 runs from 10th to 12th August and tickets are on sale now, priced at £115 for standard weekend tickets, or you can use the deposit scheme which involves paying a first instalment of £36.25 by 1st March, followed by monthly chunks of £42 during March and April.