With another week of Ed Sheeran tickets bringing servers to a halt on Wednesday (and selling out quicker than it takes to say his name), the remaining new tickets on sale this week might not fly out as quickly, with the exception of Lostprophets and the screenings of the new Libertines documentary.

There are plenty of other intriguing events though - Marc Almond's summer birthday bash, The Maccabees and that bastion of Saturday afternoon punditry, with Soccer Anyday Live shows featuring Sky Sports regulars.

After the success of their most recent UK dates, the lads have announced their biggest tour since 2010 to plug new album 'Weapons'. The tour will kick off in Liverpool on 19th April, followed by Manchester, Leeds, Birmingham and several more, including a homeland return to Cardiff on 28th April then Brixton on 4th May. £22.50 (£25 for London).

Wednesday saw the usual meltdown associated with an on-sale for a Sheeran tour - they all sold out in seconds. However, one date is on sale Friday - Manchester's Apollo date for 1st November will go on sale at 9am, priced at around £22. Good luck - there may be more shows added so keep 'em peeled.

A new documentary directed by Roger Sargent about The Libertines that is due for release later this year. Beforehand however, you have the chance to attend one (or all) of five special screenings across the UK, starting with Bristol on 19th March, followed by Birmingham, Islington, Liverpool and finally Newcastle on 23rd. Tickets cost just £7. 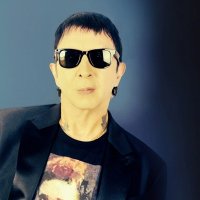 After cheating death in a serious motorcycle accident a few years ago, Almond reaches 55 in the summer and to celebrate will hold a lavish party at Shepherds Bush Empire on 9th July. Expect to hear Soft Cell and Almond classics, plus special surprises and Northern Soul DJs. Tickets are £19.50.

A month or so after new album 'Anxiety' hits the shelves/servers, Ladyhawke kicks off her UK tour in Brighton on 23rd April, followed by dates in Gloucester, Nottingham, Birmingham and more, including the 2012 edition of 'Live at Leeds' on 5th May, before the final gig in Shepherds Bush on 11th May 2012. £16 for London and £14/£15 for all other venues.

'Flight of the Conchords' hapless manager-character was played by this man, New Zealander Darby. He'll start a UK comedy tour in Bournemouth on 1st July, taking in Swansea, Plymouth, Basingstoke and more, before the final dates at Shepherds Bush Empire on 20th - 21st July. Tickets are £21.50 for London and £20 for others. London and Salford are available now.

Last year we warned you about Green Day's American Idiot musical coming to the UK. As well as a full tour, the show was set to take place at Hammersmith for a handful of shows. Due to public demand, that's now two handfuls - 12 nights. New shows from 11th to 16th Dec inclusive, will set you back £26 upwards.

Having recently played intimate shows in small venues, 2012 promises more action from Futures, this time as a full band in larger surroundings, starting with a UK tour. Dates include Birmingham (19th April), Manchester (22nd), Southsea (25th) and London's XOYO on 26th. More shows are to be announced very soon. Tickets are priced £8-£9.

Timed to entertain the youngsters during the school holidays, the first stop on the tour is Aberdeen from 6th to 8th July, followed by Glasgow from 11th to 15th July, with several more city venues Liverpool from 29th August until 2nd September. We will have tickets for all shows from Friday onwards at 10am, priced at around £19.

Sky Sports' Jeff Stelling and the team (Merson, Thompson etc) will be kicking off (oof) their fun and footy arena tour in Bournemouth on 19th March, followed by Wembley in April, Liverpool and Newcastle (both May), and finally Birmingham's National Indoor Arena on 8th June 2012. £32.50 for Wembley and £29.50 for all other venues.