Posted: 25th January 2012
The screenings will now take place in April and May 2012, rather than March 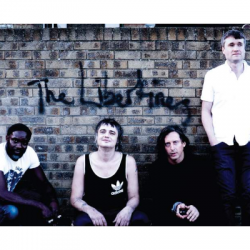 It is fair to surmise that, at and after the turn of the millennium, while everyone was ushering in the new century with fireworks, hope and the odd computer malfunction, Peter Doherty slowly became a press target with such incessancy by the mid-noughties, it's surprising the man is frankly still breathing.

Famed more for his character failings than for his musical successes (and he's had a few), Doherty's life became a shop window for the sanctimonious and judgmental journos who peered in, leering and hungry for a scoop, before the final brick was hurled through it when the singer dated Kate Moss and pumped his body with anything narcotic. Shamefully, particularly in light of the recent Leveson inquiry, the cameras and Dictaphones followed the troubled troubadour around London. It seemed that whatever his band was doing had become irrelevant - scoring dope made sensational headlines, scoring No 1 albums didn't (2004's self-titled follow-up to 'Up The Bracket', sat at the top of the charts, unbeknown to the press).

However, fans of The Libertines probably know more about the band by seeing them perform live and becoming part of the huge legion of devotees who don't care a jot about Doherty's drug binges, just the tunes. After splitting in 2004, the singer cradled Babyshambles in his arms, but it wasn't the same and endless court appearances beckoned him over for yet more psychedelic misdemeanours. Until 2010.

Prior to Doherty finally being detained at Her Majesty's displeasure, The Libertines' chaotic machine fired itself up once more with headline shows at Reading and Leeds festivals, much to the delight of filmmaker-in-waiting, Roger Sargent, who shot pretty much every familiar photograph of the band since their inception - naturally, he was in their circle again in 2010.

The fruits of his labour, both as stills and moving images, have been compiled as the documentary, 'There Are No Innocent Bystanders', a new DVD super-package that is due for release later this year. Beforehand however, you have the chance to attend one (or all) of the special screenings across the UK, starting with Bristol on 19th March, followed by Birmingham, Islington, Liverpool, Newcastle and finally Glasgow on 24th March.

The chosen venues are O2 Academy locations and the odd former cinema, with tickets to see the film, packed with rare and unseen footage, rehearsals and interviews with Doherty and Carl Barât, going on sale at 9am on Friday priced at just £7!! Demand will be crazy.

Meanwhile, check out the official trailer for 'There Are No Innocent Bystanders' above!

Update: screening dates moved to April and May

The film screenings (which include a Q&A with the director) will now take place in April and May, rather than March, owing to the director - Roger Sargent - contracting tonsillitis. The screenings will now commence from 25th April in Liverpool - see below for the full schedule.